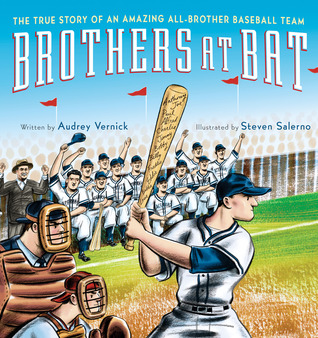 Brothers at Bat: The True Story of an Amazing All-Brother Baseball Team is a nominee for the 2013-2014 South Carolina Picture Book Award.

Brothers at Bat, written by Audrey Vernick and illustrated by Steven Salerno, is the true story of an all-brother baseball team. This awe-inspiring story tells of the Acerra family of New Jersey and the twelve brothers who formed their own baseball team…and still left brothers on the bench!

The Acerra brothers played baseball in the 1920s, 30s, 40s, and into the 50s. Several of the brothers took time away from their beloved sport and family to join the war effort during World War II, but all of them came back home and continued to play as a family team.

The Acerra brothers played their last game as a team in 1952, but they continued to share the importance of teamwork with their children and grandchildren. In 1997, the brothers were inducted into the Baseball Hall of Fame as the longest-playing all-brother team.

The author’s note at the end of the book provides more information about this remarkable team of brothers and the family values that kept them as a team even when they no longer played baseball as one. Brothers at Bat sends a message to readers of all ages that teamwork–whether in sports, school, family, or any other aspect of life–is truly vital and has the power to make amazing things happen.

Twelve-year-old Ryan doesn’t have much in common with his older brother, Tanner.  Ryan likes to spend his time sleeping and playing video games.  Tanner enjoys outdoorsy stuff like camping, fishing, and kayaking.  Now, Tanner has decided that it’s time for Ryan to enjoy those things, too.

Ryan and Tanner set out down the river in their big rubber kayak, and things are okay at first.  Soon, though, the going gets rough.  Tanner is seriously injured, and it’s up to Ryan to take care of his older brother and find some way to get help.  Tanner is the one who’s good at all of this stuff, but Ryan must find a way to overcome his doubts and fears so that he can save his brother.  But how can he do this?  Being good at playing video games hasn’t prepared him to survive in the woods…or has it?  Will Ryan find a way to use his video game skills to save his brother’s life and his own?  Find out for yourself when you read Wild River by P.J. Petersen.

I think Wild River is a great book for readers who like camping, hiking, fishing, and other outdoor activities.  (I do not, but I did kind of enjoy this book.)  This book is full of adventure and suspense.  If you enjoy books like Hatchet by Gary Paulsen, you’ll definitely want to read Wild River.

After Homer P. Figg’s older brother, Harold, is illegally sold to the Union Army, Homer does everything he possibly can to find his brother and bring him back home. But what can a boy–whose only talent is telling fibs–do to rescue his brother before he’s sent off to fight in the Civil War?

Well, as it turns out, there’s a lot that Homer can do. He can get involved in the Underground Railroad, he can travel on a steamship to New York, he can become part of a traveling carnival act, he can be arrested for treason, and he can stand up to people twice his age. But can he find his brother before it is too late? Join Homer P. Figg on his amazing–and mostly true–adventures to find out!

I am not normally a fan of historical fiction, but I really enjoyed this book, partly because the character of Homer was so over-the-top and likable. Yes, he was known to tell the occasional tall tale, but he had a good heart, and all he wanted in life was to be with his brother.  This book also offers readers a glimpse of the Civil War that they may not have considered before.  If you pick up this book, I hope you enjoy it as much as I did. 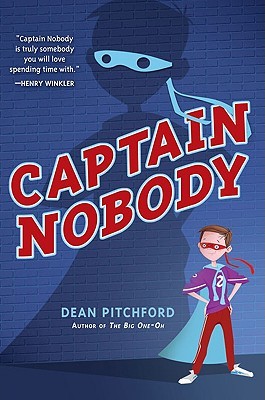 Newton Newman is invisible to almost everyone. (He’s not really invisible. It’s just that no one seems to notice him.) His own parents even forget that he’s around sometimes. But Newt doesn’t mind most of the time. He’s fine with the fact that everybody knows his star football player brother, Chris, but none of them realize that Chris even has a younger brother. (Okay, so he’s not fine, but he’s grown used to being ignored.)

Things begin to change for Newt at the Big Game. While standing outside the stadium (because he was pushed out of the bleachers) watching Chris score the winning touchdown, Newt sees something awful. He witnesses his big brother get injured. Chris is not moving. As Chris is sent to the hospital, and Newt is once again all but forgotten, things seem more bleak than ever. His big brother is in a coma, and there’s nothing he can do about it.

To keep Newt’s mind off of his troubles, his best friends, Cecil and J.J. convince him to go trick-or-treating for Halloween. There’s just one problem–he doesn’t have a costume. What’s a kid to do? Well, with the help of an active imagination and some of his brother’s old clothes, Newt comes up with a brilliant costume idea. He is Captain Nobody, hero of the downtrodden. The minute Newt puts on the costume, especially the mask he created, he feels more confident, less invisible. He feels like he can do anything; really be a hero.

As Captain Nobody, Newt is able to finally be seen. He helps people around him, and he even saves lives! But can Captain Nobody save the one person he cares about the most? Read Captain Nobody by Dean Pitchford to find out!

I really identified with the character of Newton in this book, and I think a lot of young readers will as well. Nearly everyone feels invisible at some point, and, sometimes, pretending to be someone else–like we do on Halloween–helps us to finally feel like we are noticed. Imagine if that feeling could last. That’s what Newt is experiencing in Captain Nobody, and the rush of finally being noticed is a bit much for him to handle at times.

I think this book is a perfect fit for young (and older) readers who tend to be shy and apart from the crowd. Since that still kind of describes me, I thoroughly enjoyed this book. I hope you will, too!

To learn more about Captain Nobody, visit the official site at http://www.captainnobody.com/.  It’s pretty cool. 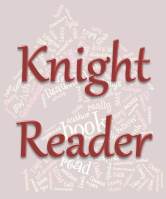